Our mission is to prove that the protection of the environment is not in contradiction with the development of the Energy Industry and in the closest future it will not be the main dilemma of mankind.

We are sure that the mental potential of the people is the key to the solution to energy sustainability. We have directed all our recourses towards the near future where energy and nature will be the two natural poles of humankind. 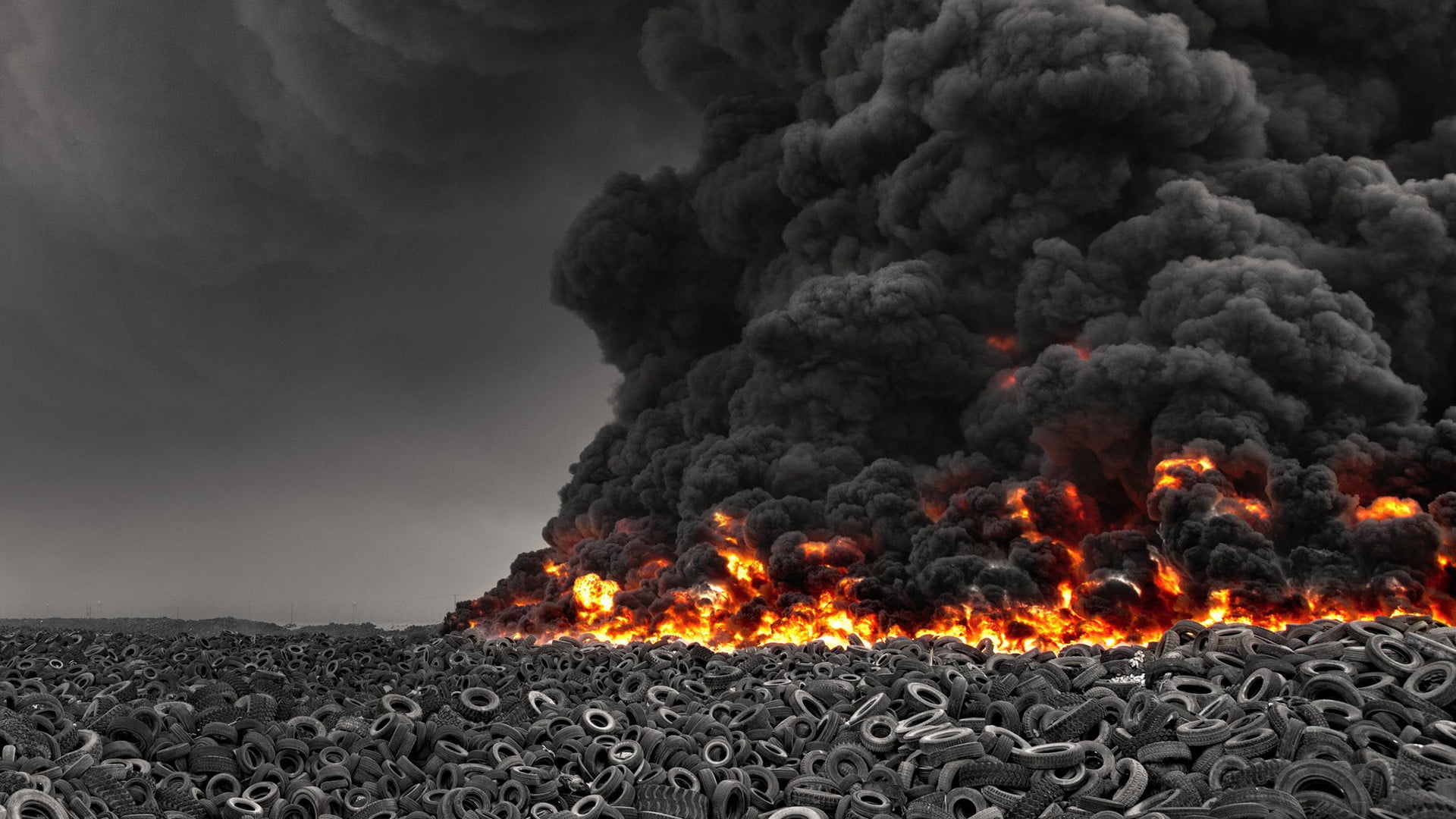 Since 2008 MODUL LTD has been developing pyrolysis technology through which various types of waste such as End of Life Tyres (ELTs), waste biomass, waste plastics and other types of waste, become sustainable products. Output examples are carbon black and pyrolysis oil.

The technology developed by MODUL LTD is distinguished with:

Our method contributes to the circular economy and to sustainable innovation, significantly reducing CO₂.

Over 20 000 hours of R&D work have been invested in creating the technology, involving more than 30 engineers with ample experience in chemical processes and more than 20 international laboratories.

MODUL LTD is leading international family-owned company with strong know-how and owner of the intellectual property rights for its technologies. 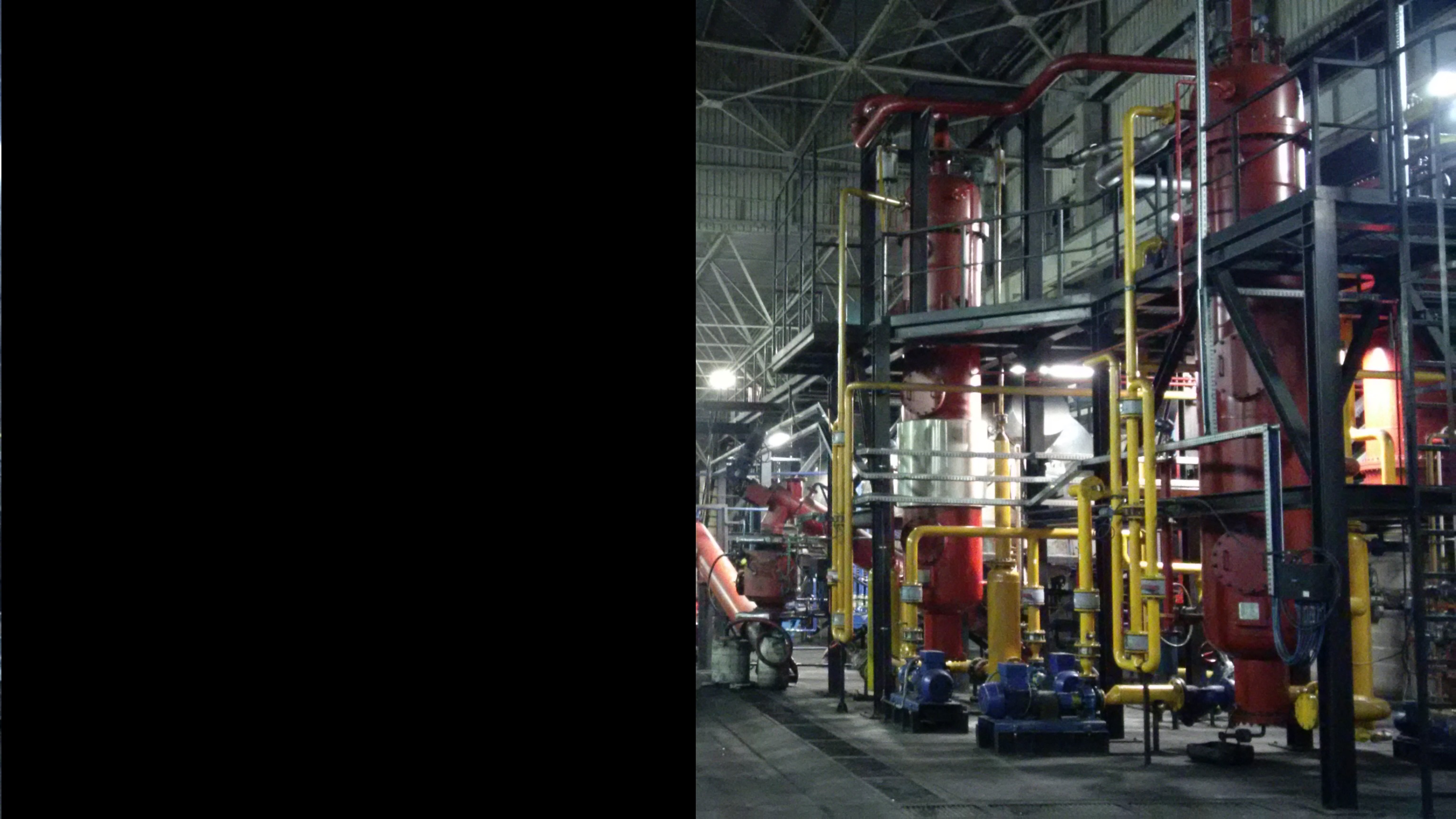 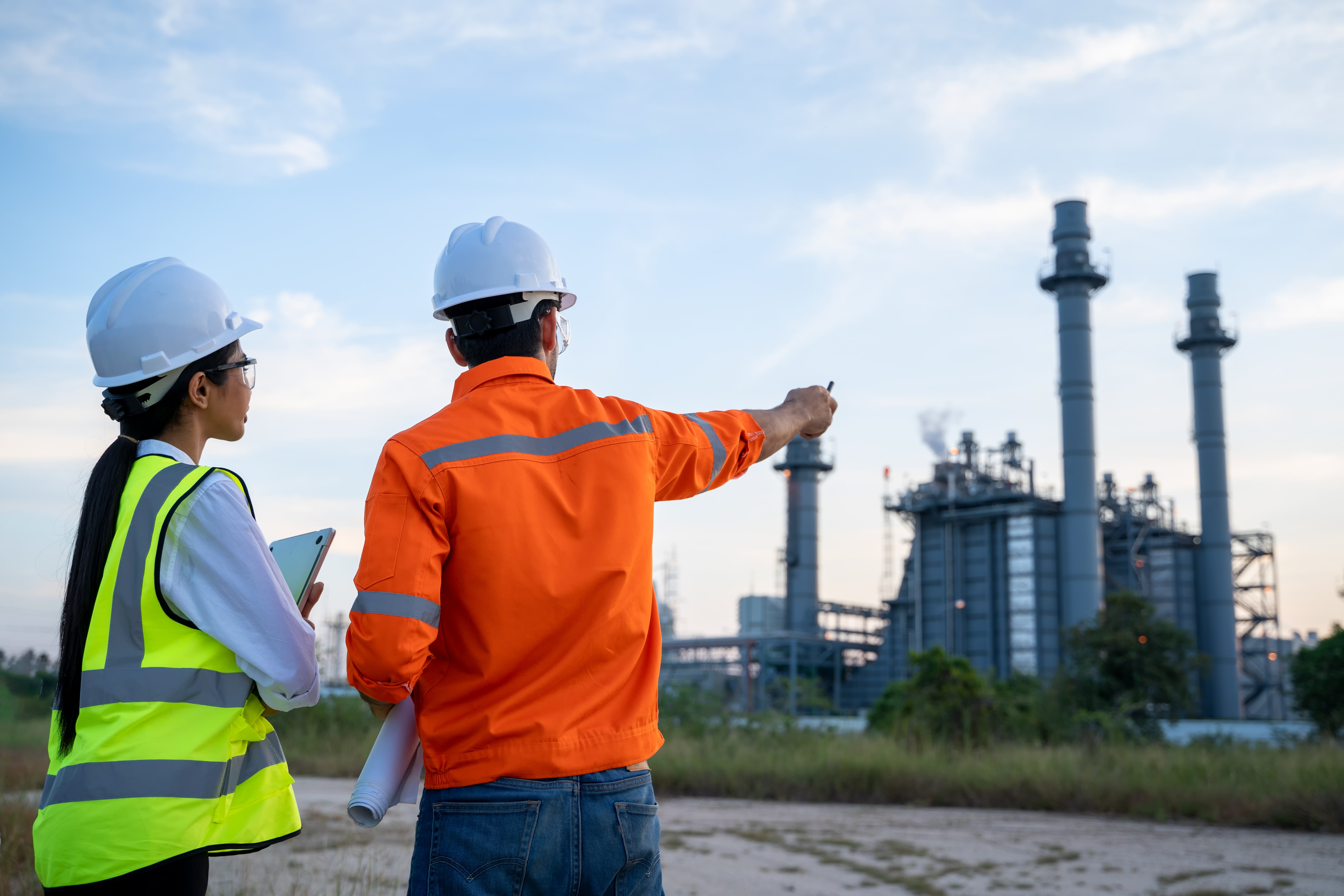 MODUL LTD offers Research and Development in the field of pyrolysis technology, analyzing different feedstocks in its test facilities. The company also has developed and optimizes the production of active carbon from ELTs, waste biomass, waste plastics and coal.

MODUL LTD sells its pyrolysis equipment for the processing of ELTs, biomass, plastics and other type of waste to customers. The company further offers equipment for carbon char treatment which can output recovered carbon black.

MODUL LTD offers to its clients Engineering Procurement and Construction contracts implementing the technologies owned by the company.

MODUL LTD finally offers to its clients Operation and Maintenance contracts for the pyrolysis plants it produces. 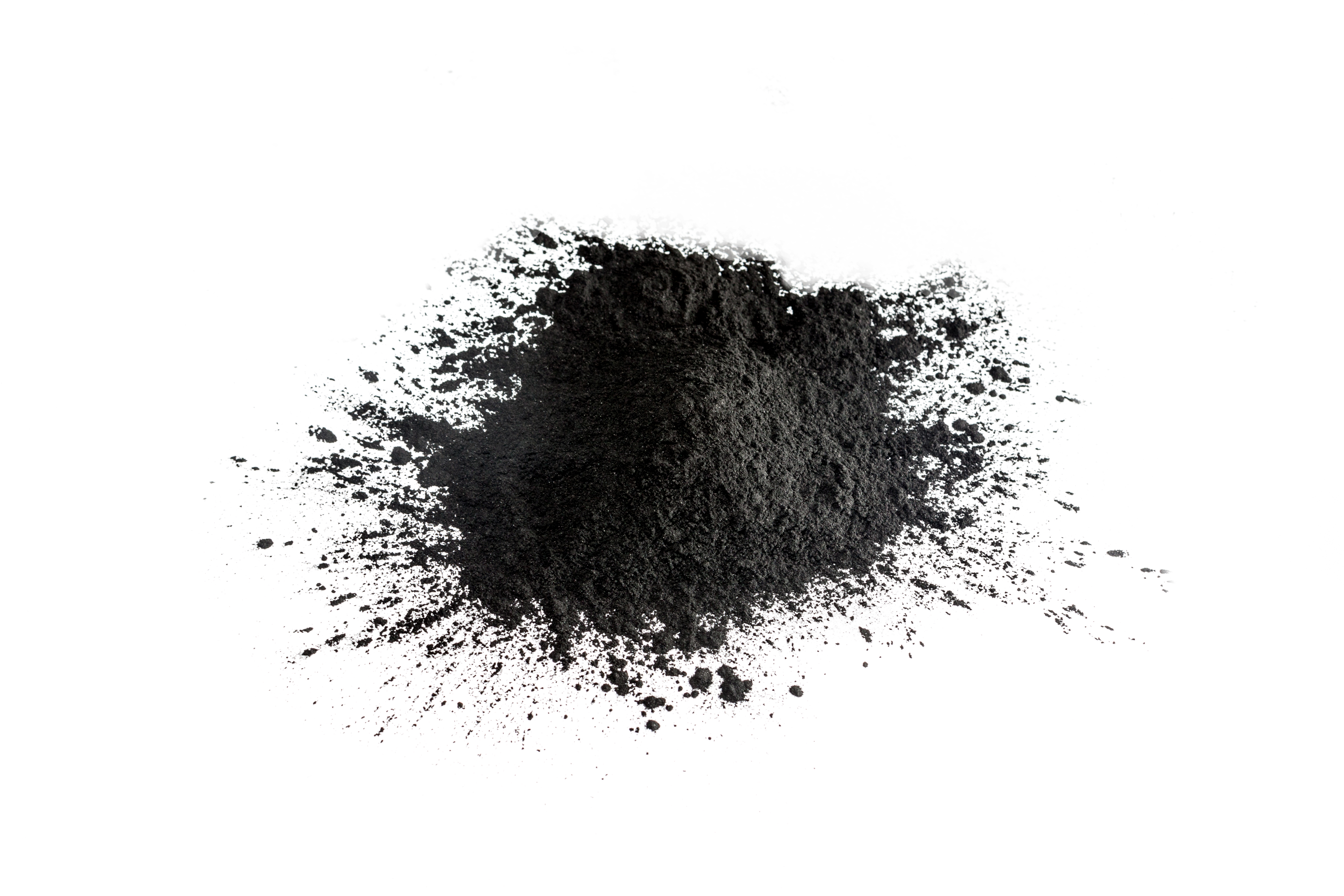 Using one ton of REVIBLACK saves 3 tons of CO2 emissions compared to the use of non-recycled carbon black.

Our pyrolysis technology is able to process End of Life Tyres (ELTs) with 96% efficiency. It recovers carbon black and produces pyrolysis oil and synthetic gas. 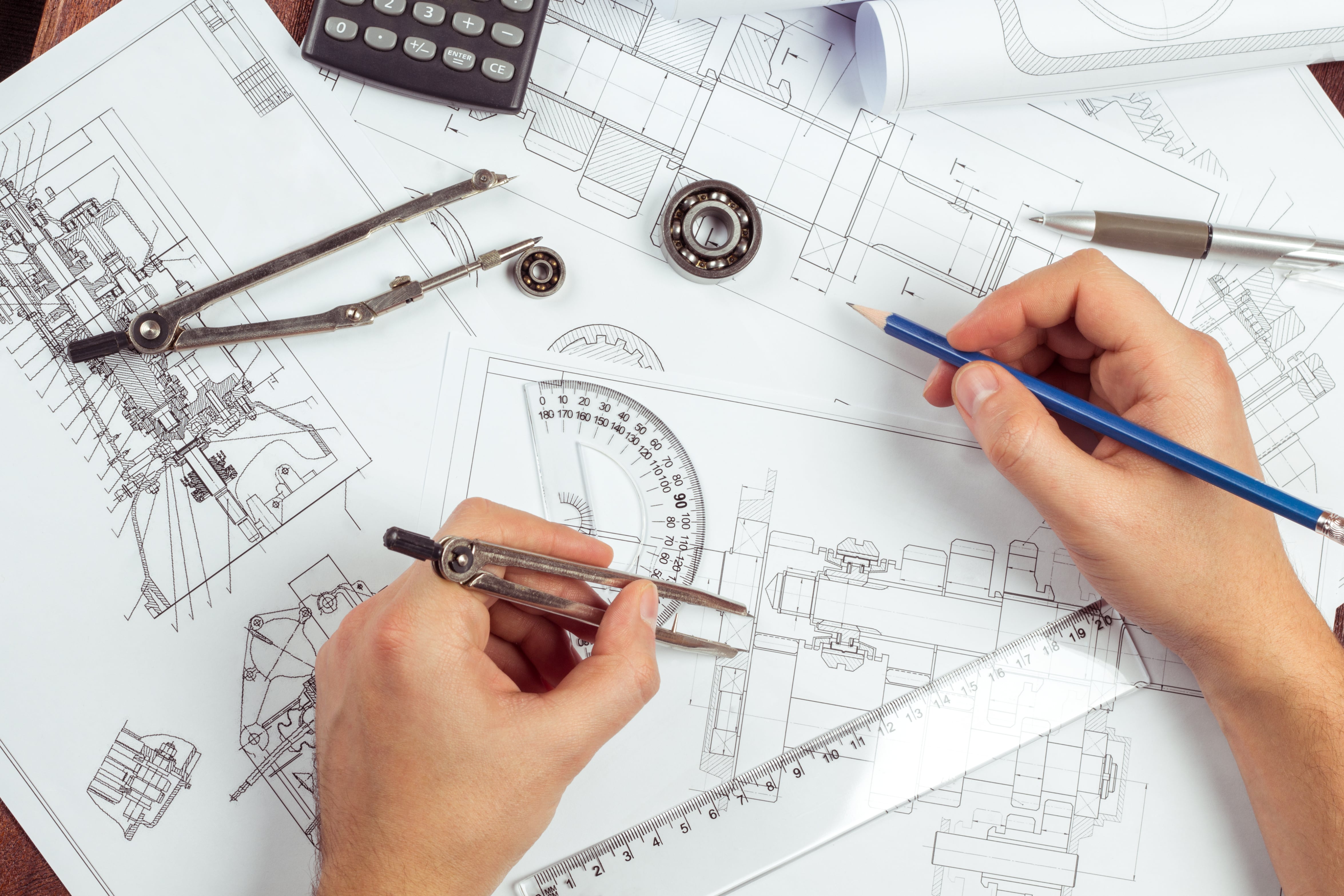 2008 - R&D involving an experimental installation for the pyrolysis of waste. The waste streams that were tested in the unit are ELTs, waste biomass and waste plastics. The location of the installation is in Bulgaria. 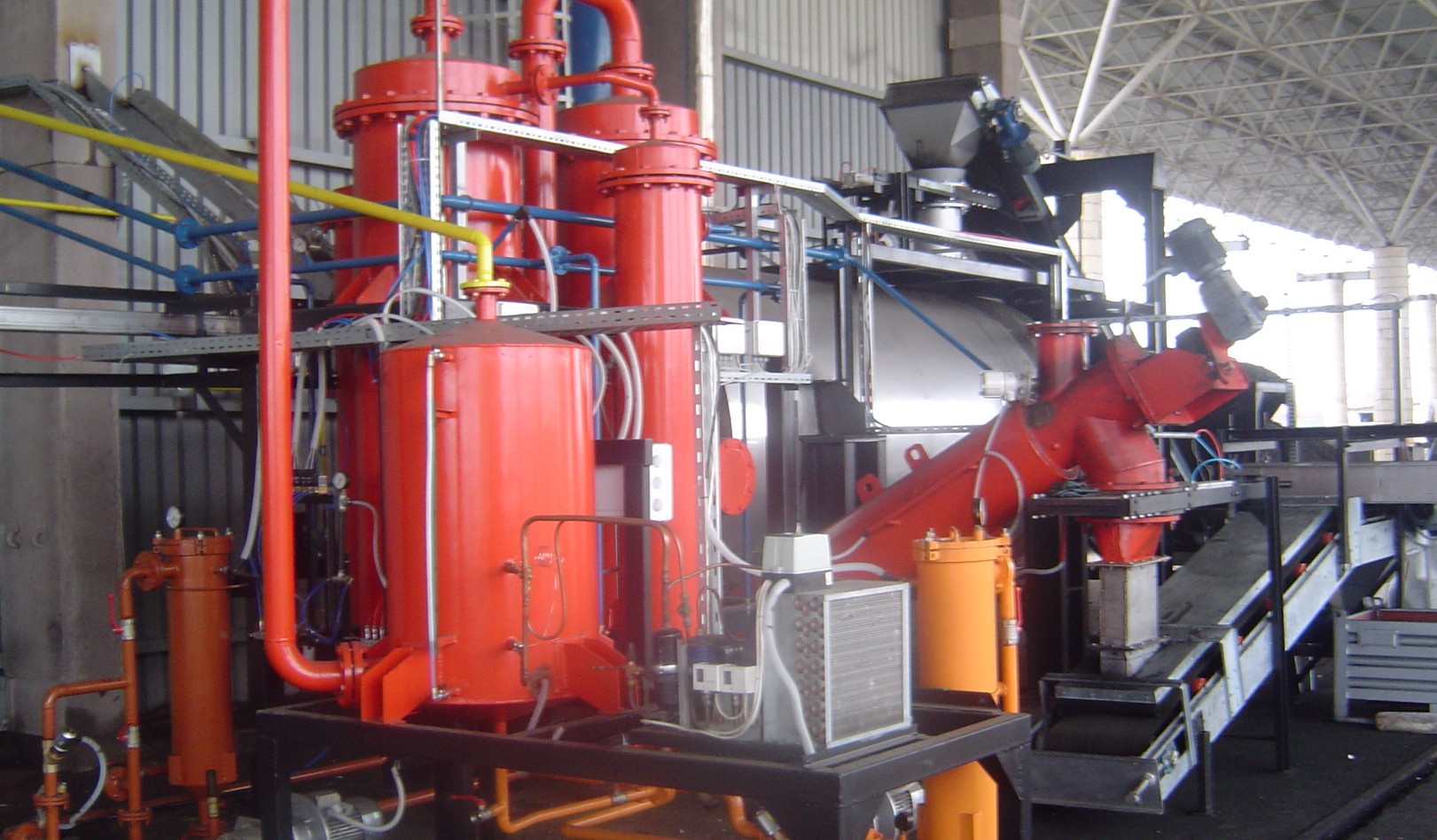 2010 - R&D leading to the building of a pilot, fully continuous, commercial tyre pyrolysis plant with a capacity of 2 200 tons of tyre shred (2 500 tons of ELTs) per year and the production of 990 tons of recovered carbon black and 990 tons of pyrolysis oil. The location of the plant is in Stara Zagora, Bulgaria.

2012 – Execution of EPC and O&M contracts for building and operating a fully continuous tyre pyrolysis plant with a capacity of 7 500 tons tyre shred (9 000 tons of ELTs) per year, resulting in the production of 3 380 tons of “REVIBLACK” recovered carbon black, and of 3 380 tons of "REVOLEUM" pyrolysis oil. The plant location is in Stara Zagora, Bulgaria. 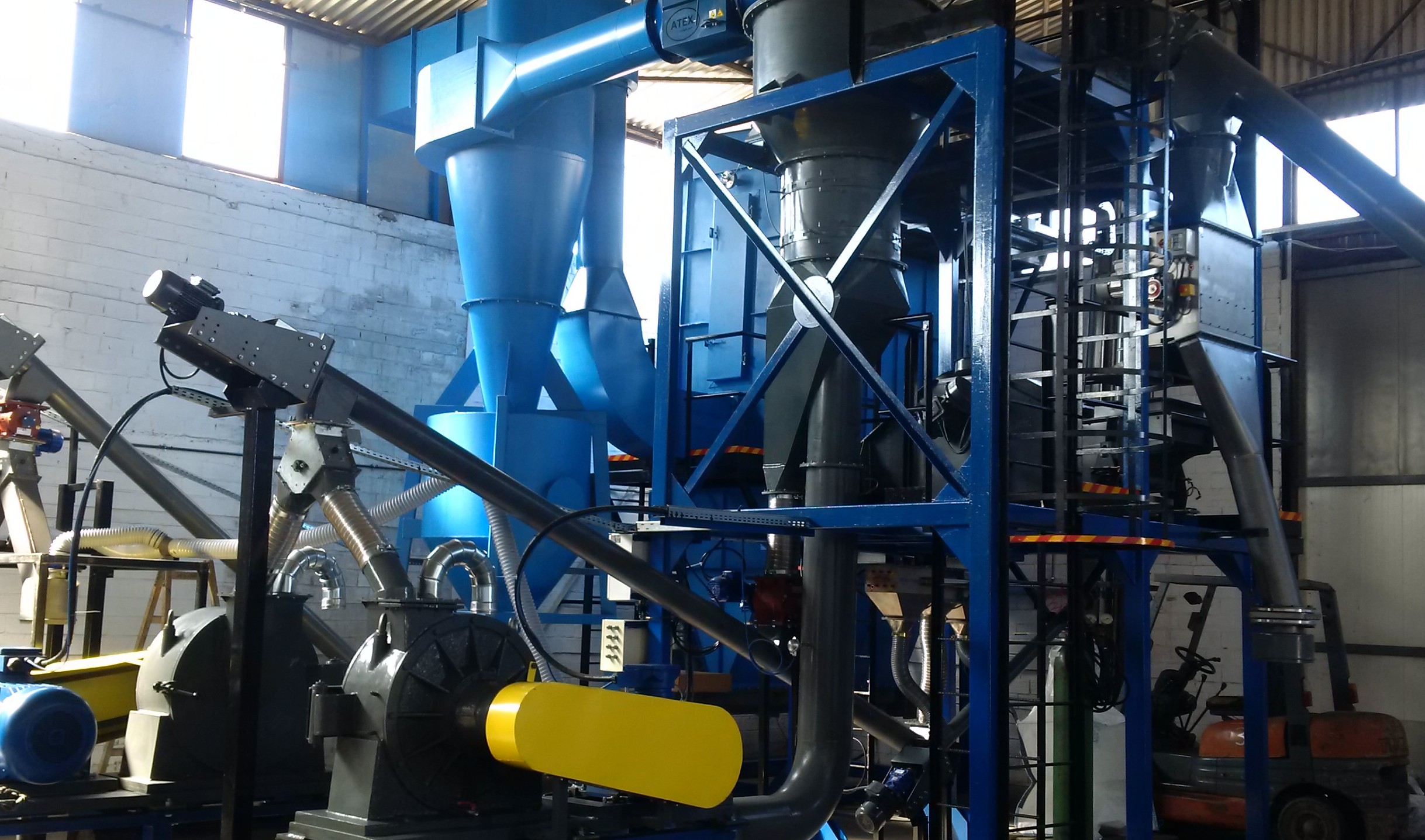 2014 – Execution of EPC and O&M contracts for building and operating a fully continuous Carbon Black Treatment Unit (CBTU). The CBTU processes carbon char derived from an ELTs pyrolysis process into recovered carbon black REVIBLACK. The plant has a capacity of 7 000 tons of recovered carbon black per year. The location of the plant is in Komotini, Greece. 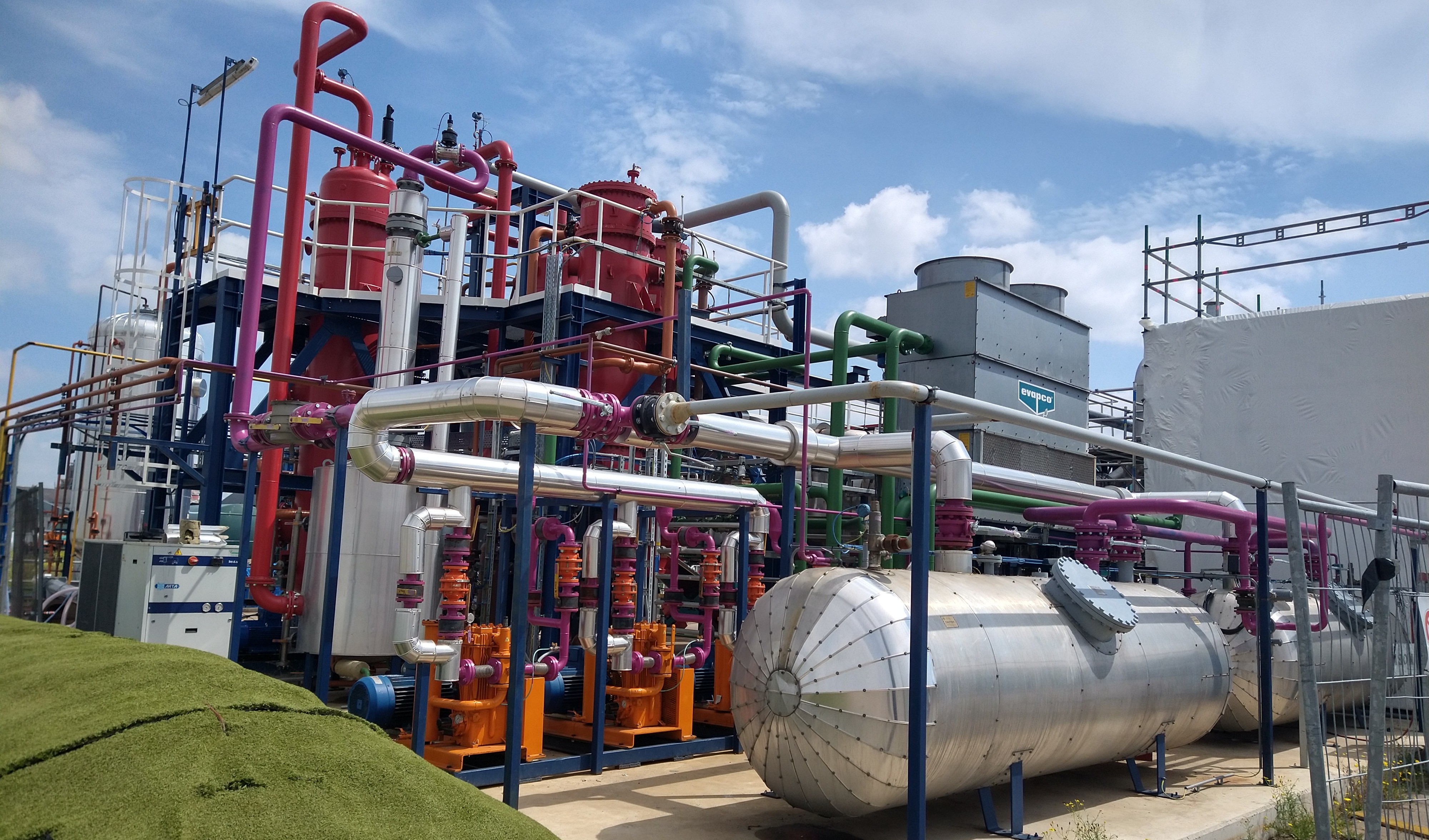 2019 - Building and assembling of fully continuous tyre pyrolysis plant with a capacity of 7 500 tons tyre shred (9 000 tons of ELTs) per year, resulting in the production of 3 380 tons of recovered carbon black, and of 3 380 tons of pyrolysis oil. The plant location is Port of Rotterdam, The Netherlands. 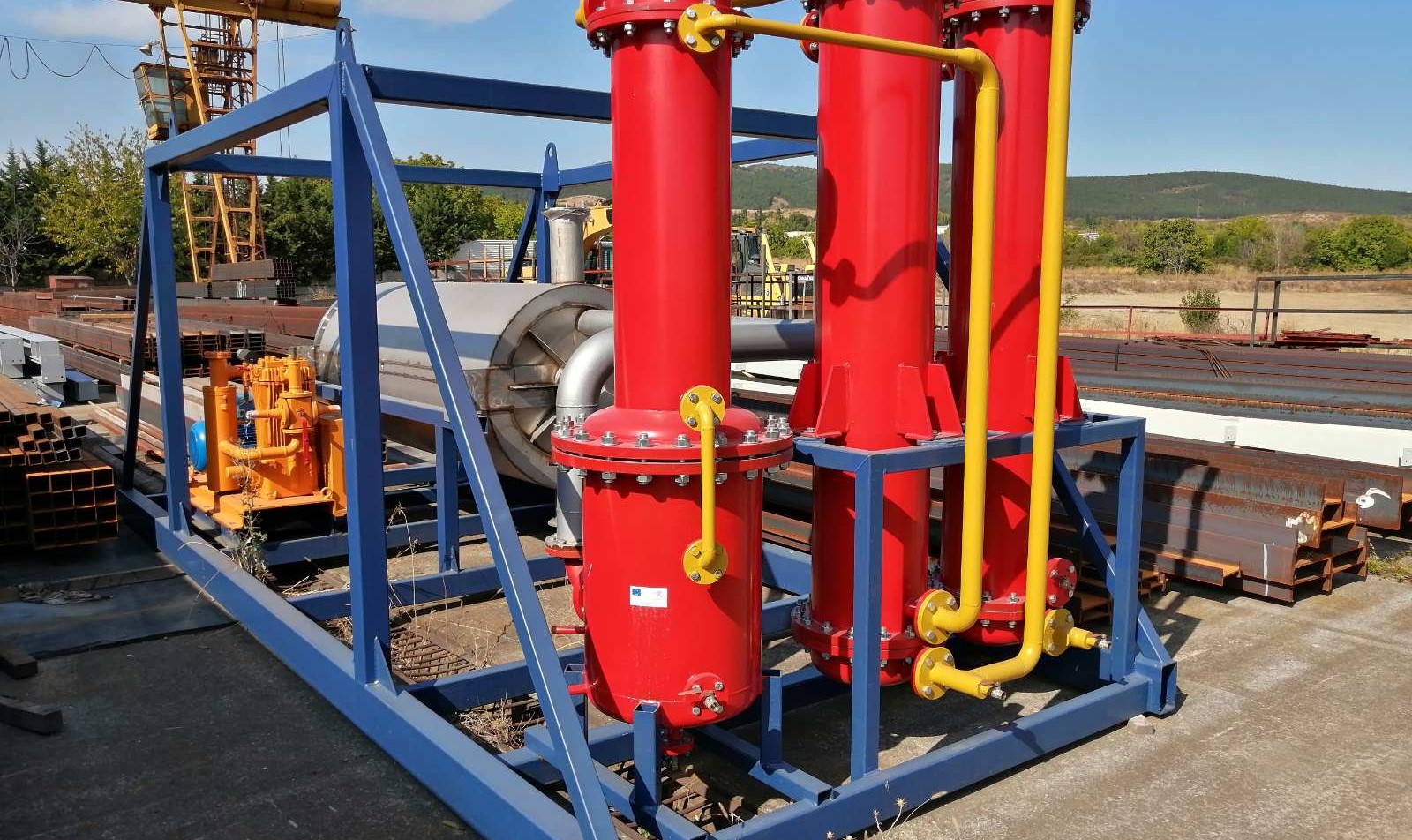 2023 - Our new test facility in Greece is able to process different waste streams like ELTs, waste biomass, waste plastic, artificial sport fields etc. Our test installation has a capacity of 100kg input per hour. Our test facility is located in Komotini, Greece. 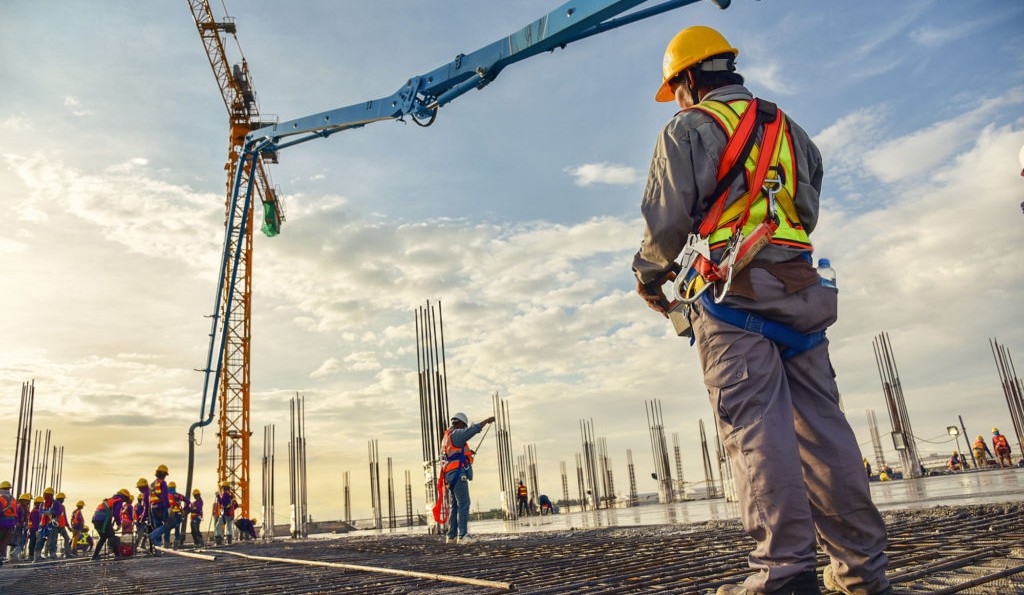 2023 – Execution of EPC and O&M contracts for building and operating a fully continuous tyre pyrolysis plant with a capacity of 7 500 tons tyre shred (9 000 tons of ELTs) per year, resulting in the production of 3 380 tons of “REVIBLACK” recovered carbon black, and of 3 380 tons of "REVOLEUM" pyrolysis oil. The plant location is Komotini, Greece.

1990 MODUL LTD is registered on 16th of February 1990 in Stara Zagora as an independent company in the District Court with as its owner Grozyo Grozev. Its activity target is defined as the management of energy and the construction of installations. In October 1990 the company was converted into a LTD and obtained two additional partners. As its manager and chairman Grozyo Grozev was elected.

1991 On 22nd of March 1991 Modul LTD was registered in the Bulgarian chamber of commerce and industry in Sofia.

1990 - 1994 After transformation into a LTD, many construction and installation activities were realized in Stara Zagora and its region.

1994-2002 MODUL LTD became the main supplier for fuels to the “City Bus Company” of Stara Zagora. In this period MODUL LTD also became a significant supplier of fuels to other small and medium enterprises in Bulgaria.

2002 MODUL LTD joins the system of public transport on Stara Zagora with its own FBW busses, which it imports from Switzerland. Parallel to these activities the company is, since the beginning of 2002, focused on investigation, laboratory testing and development in the area of renewable energy resources, biofuel and the opportunities for their use in Bulgaria. For this activity MODUL LTD attracts scientists and experts with a background in renewable energy and develops its first projects. These projects are realized with the participation of leading Bulgarian companies and foreign as well as local investors.

2008 MODUL LTD developed, tested and operated a small pilot model for the production of synthetic fuels and chemicals from End of Life Tyres (ELTs). 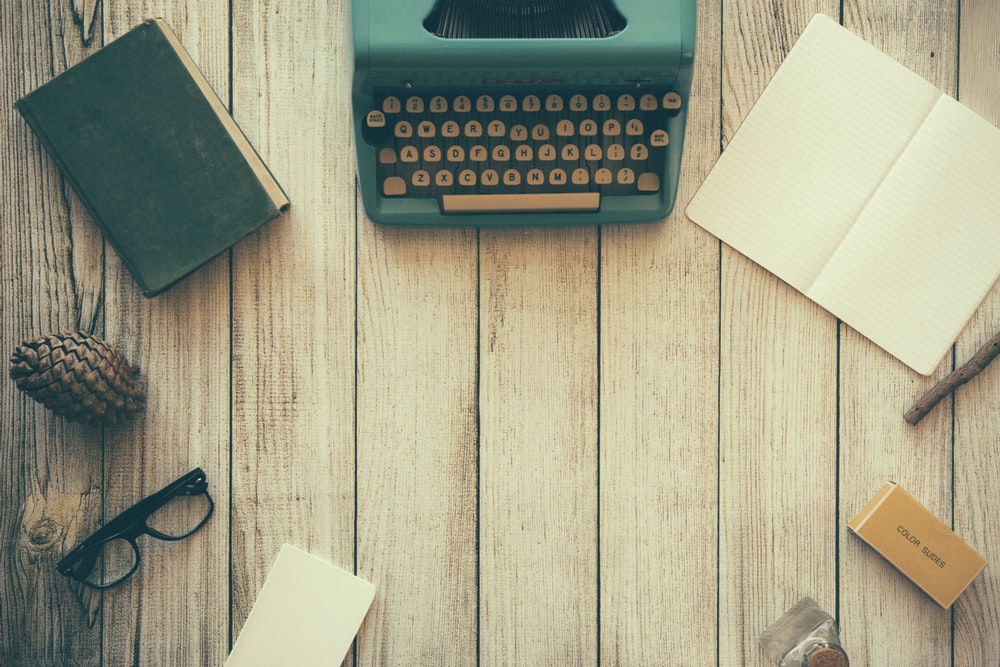 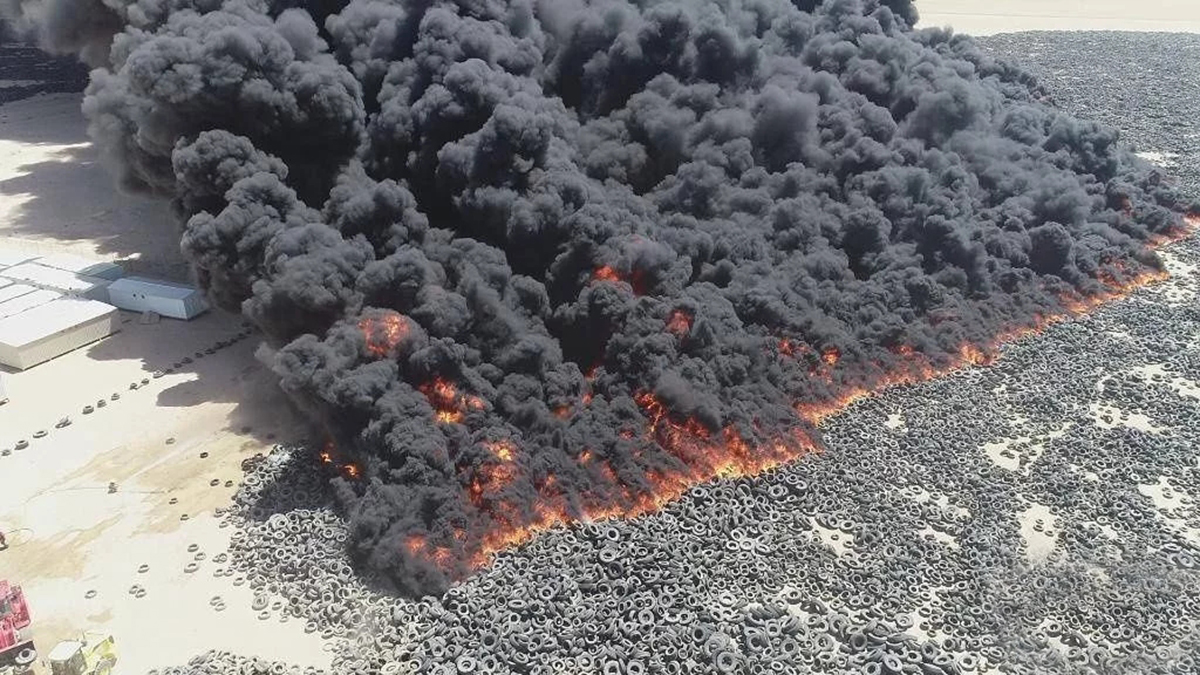 What happens with the waste tires?

In 1839, Charles Goodyear accidentally discovers the vulcanization. He puts sulphur and rubber in a hot pan which results in a rubber with high thermal and water resistance. Almost two centuries ago, Mr. Goodyear most likely didn't believe that his discovery would be so widely used, let alone that the recycling of tires would become one of the biggest environmental problems for humanity.